form:http://www.businessweek.com/bwdaily/dnflash/content/aug2007/db20070817_251488.htm
Amid the Chinese-made product recall, entrepreneurs consider Peter Drucker's management teachings—namely, slow down on the way to profit
by Rick Wartzman
The most dangerous thing being produced in China is neither lead paint-laden toy cars nor magnet-spewing Polly Pocket dolls and Batman action figures. Rather, it is a booming capitalist culture that, far too often, places value over values.
This reality was brought home again this week, as Mattel (MAT) announced its second big recall of Chinese-made merchandise in a fortnight. The news, coming on the heels of Chinese food, drugs, and other items being recalled or fingered as potentially hazardous, resulted in a renewed round of pleas in Washington for heightened vigilance by the Consumer Product Safety Commission. Watchdogs, meanwhile, advocated independent, third-party testing of toys being imported into the U.S.
All of this is reasonable. But it won't get at the real issue: the need to instill in China's burgeoning population of factory owners and managers the fundamental idea that the only way to sustain a business—indeed, the only way to sustain Chinese capitalism—is to make sure that they cultivate a sense of social responsibility.
On Message
Earlier this summer, I took part in a symposium at Claremont Graduate University in California, where a group of Chinese entrepreneurs expressed serious concerns that in the eyes of far too many young people in their country, becoming rich and being ethical are somehow mutually exclusive.
The occasion for this gathering, which drew attendees from 10 different nations and all over the U.S., was to discuss the work of the late Peter Drucker, the renowned management philosopher who held that "free enterprise cannot be justified as being good for business; it can be justified only as being good for society."
Drucker, who died two years ago at age 95, was no starry-eyed sloganeer. And he sure wasn't against making money. "Actually," he wrote, "a company can make a social contribution only if it is highly profitable."
And so, through a career during which he authored 39 books, Drucker helped instruct countless executives, including Intel's (INTC) Andy Grove and General Electric's (GE) Jack Welch, on how to do just that. He preached the essentials of sound management: marketing and innovation, financial planning, the effective deployment of human and physical resources, and much more.
First, Do No Harm
Yet all of it was premised on a notion that, all too often, gets lost in the never-ending race to produce more and more goods at ever-cheaper prices. "The first responsibility of a professional," Drucker explained, "was spelled out clearly, 2,500 years ago, in the Hippocratic oath of the Greek physician: Primum non nocere, 'above all not knowingly to do harm.'" More than anything else, Drucker said, this "is the basic rule of professional ethics."
China, of course, is hardly the only spot around the globe that could stand to be reminded of this. A steady drumbeat of headlines about American executives—accused in the last few weeks alone of insider trading, conflicts of interest, and overcharging customers—makes clear that no nation has a monopoly on scruples.
But the rapidity with which China's economy is expanding makes it especially important that Drucker-like thinking be woven into the fabric of everyday life there.
Thankfully, this is starting to happen. The Chinese delegation to Claremont was led by Minglo Shao, who heads a cluster of management-training academies in China based on Drucker's teachings. (Shao is also a member of the board of the Drucker Institute, which sponsored the event and which I run.)
Inspirational Reading
He came to Drucker the hard way. Shao was born in 1949, when the Communist government took over China. The Cultural Revolution unfolded when Shao was a teenager. He was sent to a remote part of northwestern China where he worked as a farmer and was so poor, he lived in a cave. Finally, in the early 1980s, friends helped Shao relocate to Hong Kong.
There, in his early 30s, he launched a trading company and began to invest in other ventures on the mainland. Eventually, he won the franchise contract in China for ServiceMaster, the lawn care and pest-control giant. Later, Shao branched out into a host of other industries and also became a major philanthropist.
Along the way, Shao read Drucker and was so taken with his ideas and ideals that he ultimately pitched him on the concept of establishing an educational institution based on them in China. Drucker not only blessed the proposal, he immediately grasped how far-reaching it could be.
"A developing country can easily import technology," Drucker noted. "It can easily import capital. But technology and capital are simply tools. They only become effective if properly used…by competent and effective management." The creation of such a pool of managerial talent, he added, "is both China's greatest need and China's greatest opportunity."
Today, Shao's Peter F. Drucker Academy trains more than 3,000 students a year, with plans in the works to train 10,000-plus. "You are not opening a university or business school of the traditional sense," Drucker told Shao, "but you are trying to build a kind of new managerial culture."
Imparting Drucker to a new generation of Chinese isn't a panacea. But it's certainly not a bad place to start.
Rick Wartzman is director of the Drucker Institute and an Irvine senior fellow at the New America Foundation.
研读中，注意加粗部分 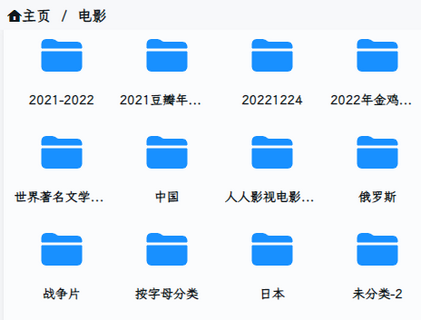